Chelsea Is Being Pimped Out 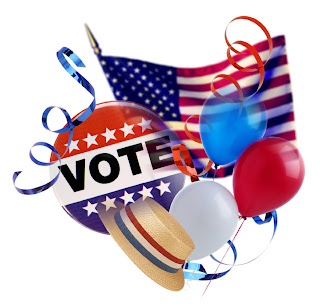 You'll rarely see any talk on this blog that's political in nature. Personally, I hate politics. Always have. From my vantage point, politics is about spinning details to support your agenda and various forms of posturing that often leads to backstabbing. However, I do believe that some can truly make a difference. Some can be a Godly politician. We've strayed a long way from our Founding Father's Christian ideals for this nation.
Then, I come across little nuggets like this. On Thursday in a discussion about Chelsea Clinton's role in her mother's campaign, MSNBC correspondent David Shuster asked: "Doesn't it seem as if Chelsea is sort of being pimped out in some weird sort of way?"
This is common language. "Pimped out" may not be a very flattering phrase but it resulting in NBC suspending an Emmy-winning anchor because Hillary was offended? Gimme a break.
In a press conference at the University of Maine, Senator Clinton called this comment part of a "troubling pattern of demeaning treatment" by MSNBC. "There has been a troubling pattern of comments and behaviors that has to be held accountable," Clinton said after a rally here.
She also sent a letter to Steve Capus, president of NBC News. The full text of that letter is below:
Dear Mr. Capus,
Thank you for your call yesterday. I wanted to send you this note to convey the depth of my feeling about David Shuster's comments.
I know that I am a public figure and that my daughter is playing a public role in my campaign. I am accustomed to criticism, certainly from MSNBC. I know that it goes with the territory.
However, I became Chelsea's mother long before I ran for any office and I will always be a mom first and a public official second.
Nothing justifies the kind of debasing language that David Shuster used and no temporary suspension or half hearted apology is sufficient.
I would urge you to look at the pattern of behavior on your network that seems to repeatedly lead to this sort of degrading language.
There's a lot at stake for our country in this election. Surely, you can do your jobs as journalists and commentators and still keep the discourse civil and appropriate.
Sincerely,
Hillary Rodham Clinton
I just love how "politically correct" we've gotten. The reporter has appologized and may only appear on the air during his suspension to applogize. One appology is enough, yet Hillary calls it "half-hearted" and seems to imply that his sorry and suspension isn't good enough. Should he be fired for the remark? An Emmy-winning reporter...fired for speaking his opinion? Chelsea is being pimped out. So is Bill. That's what happens during campaigns. It's all hands on deck.
The really sad thing is that it would seem everyone is so ready for "a change" that everyone appears to be getting on the Obama or Hillary bandwagon without concern to other issues. Change is more imporant than the liberal agendas these two would bring to the White House.
How quickly we forget the scandals and lies of the Clinton administration. How quickly we say "the good ole days were better." While many say the current administration is full of scandals and lies, President Bush has been a man of integrity unwaivering in his convictions.
Educate yourself on where the candidates really stand on issues. Don't go along with the sheep. Vote for best and pray they are who God wants in the White House.