Wow...how time flies. Seems it was just turning 2008 and now the bunny is hopping around. It's cold here, again. A little rainy. But Spring is just over the horizon.
Georgia spent the night at Grammie and Poppie's. She "helping" Grammie make Easter cookies this morning. We'll dye eggs later today. She'll have a rather creative day. ;)
Then, I finally fire up the grill after a few months delay and serve some steaks. Mmmmm. Nothing like some meat off the fire!

It's still rather funny what all goes on during Easter. Bunnies, candies, baskets, eggs, sunrise services, big hats. But the real meaning of Easter has nothing to do with all of this. It's Jesus Christ's victory over death.

His death, burial, and resurrection symbolizes the complete verification of all that Jesus preached and taught during His three-year ministry. If He had not risen from the dead, if He had merely died and was buried, He would have been considered just another great teacher...a good man. However, His victory over death proved that He was the Son of God...God among us...and that is why the Scriptures are alive and well today. The Living Word is just that...words that are alive and relevant today even though they capture a time over 2000 years ago.

May you know His love today.... 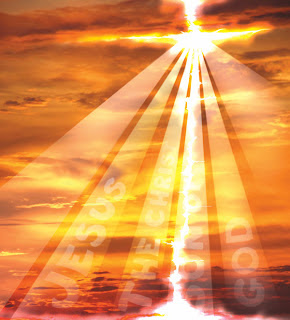