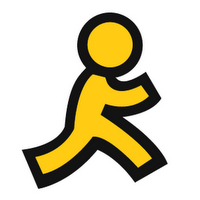 Yup, hard to believe that in about 5 days, I'll have been at AOL for a month! Each week I've had someone ask in one form or another if I'm still enjoying it.


I had my concerns since this was my first departure from radio or television in 20 years. However, I knew this was a door the Lord had opened...so it was where I was meant to go...and it was an answer to prayer.


It's always great when your boss doesn't know how she remained sane before your arrival and says it feels like you've around for months. I seem to be fitting in and acclimating well to the position and tasks!

AOL is in Dulles, Virginia. Keep in mind, I live in Columbia, Maryland. Oddly enough, the drive is actually shorter than my former trip to W*USA9 in DC. AOL takes me 70 minutes (or 1.5 hours one way...to round off) and WU*SA9 was almost always 90 minutes. AOL is 35 miles one way which is 10 more than W*USA9.

But distance and time aren't a concern since I'm allowed to work from home and more importantly because my family life is much more rewarding.

I had been wanting to depart from 9 for a couple years but the people there and at Gannett made the difference in my staying. Not until several months into a management change did the future seem bleak.

For a year, I endured unrealistic expectations which continually produced mental and emotional exhaustion. I prayed daily for strength and endurance and for another opportunity...possibly a return to Mississippi. Although I went on several interviews and dealt with multiple recruiters, no opportunity presented itself. Thus, I knew the Lord had more for me to do at W*USA9.

After leaving 9 and starting at AOL, virtually on my second day there Kim says to me, "You're a new man." Last week, my mother-in-law says, "Do you realize you smile more lately?" I had no idea the weight of constantly being plugged in, constantly trying to please the unpleaseable, and doing the work of at least 3 people was taking on me.

James 2-3 says: "Consider it all joy, my brethren, when you encounter various trials, knowing that the testing of your faith produces endurance."

Our faith is tested daily. I know the last four years at W*USA9 produced endurance for me. However, I allowed others to steal my joy or at least distract me from considering it all joy. Instead, I was disengaged at home and nearly always mentally and emotionally drained. Work isn't supposed to be that way. And if you're feeling like that - GET OUT NOW!

Your job should be fun and rewarding...where you contribute to a team and the team supports and encourages itself. Anything less is unacceptable. We work to live...not live to work.

I'm blessed to have a perspective change and an answer to prayer.