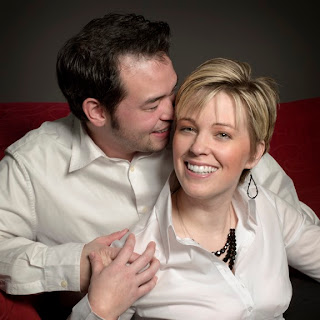 At the beginning of this year, these were Kate Gosselin's words in an interview with Today's Christian Woman: "I can honestly say Jon is my best friend."


Kate also says, "When the babies were born, I was well aware that our marriage could crumble. It was close to doing so at times. But we survived that first year. And then the second one. And then each year after that. Even though the issues have changed, it's never gotten easier.

"But Jon and I are more determined than ever that we're in this together. We've told our kids many times that we're always going to be a family. There are no other options. Sure, Jon and I take our stress out on each other, and no, that's not always good or healthy. But we work hard as a team every day."


Flash forward to the recent People magazine article with Kate saying: "I don't think I know if I believe him. I don't think that I know the whole truth and to be very honest, I don't think I ever will. My gut instinct says he's mad that he got caught. There wasn't a whole lot of thought that went into that behavior."

Yet, she also says, "I will never give up hope that every member of our family can be absolutely happy again."

Will they split up? Did anyone cheat? What about the children? The media firestorm noise is unbelievable. It truly is a feeding frenzy with these tabloids tossing their stretched truths and sensational headlines into society's piranha-filled streets.

My post "Why The Hate For Jon and Kate?" was originally written at a time when the discussions of Jon's martial infidelity had barely begun. Since then, comments to that post haven taken on a life of their own with many readers issuing their support or criticism of the family.

After all, discussions of Kate's abrasive type-a personality, Jon's inability to stand up for himself, or the possible endangerment of the children could only generate so much attention. Now, there's scandal and potential for divorce!

It's sad how we as a society enjoy watching the destruction of lives. Hence, my challenge to you and those you know who are fans of this show or who follow this couple's lives for whatever reason: pray for them.

Instead of me babbling on about my thoughts and instead of you guessing or wondering one more thing about them, I challenge you, your family, your friends, your co-workers, and their Twitter and Facebook followers to complete this prayer schedule and commit to praying for this couple and their family.