'My Life Feels So Empty' Really?! 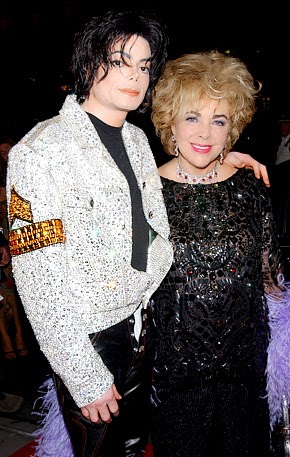 Elizabeth Taylor released a statement about the death of Michael Jackson. "My heart…my mind…are broken," the statement begins. "I loved Michael with all my soul and I can’t imagine life without him." Midway through the statement, Taylor says, "My life feels so empty. I don’t think anyone knew how much we loved each other."

Now, I don't wish to cheapen or mock the friendship Taylor and Jackson experienced. It's not my place to judge that whatsoever. But how many other people, fans, and gawkers who didn't share anything close to their relationship are claiming they feel the same way?

I've been amazed about this outpouring towards the King of Pop. He was barely an itch in most people's ears for the past several years. More often, he was likely the punch line of a joke before being a fond memory or appreciative thought. When was the last time you listened to one of his songs? A super-talented superstar whose eccentricities nearly drove him mad, into seclusion, and out of people's thoughts was until recently planning on saying goodbye via 50 concerts.

Our morbid curiosity scratched, we stumbled forward to see what this strange little man was up to. Suddenly, he was a bookend on a day when another celebrity loss her battle with cancer.

Thus began the continuous onslaught of news coverage, the throngs of people in the streets, and merchandise being sold and invented, the celebrities tweeting their words - written and spoken - about Jackson...everyone stumbling over themselves like some massive blubbering wave of a gelatinous life form. It's an amazing and sickening spectacle of the human condition.

Please, don't misunderstand me. This was a human being, man, son, brother, ex-husband, father, and a multi-talented superstar. He was many things to many people and his passing should be mourned. But what if we only cared about those around us as much? What if we invested that sort of energy in our relationship with God, our family, and friends? How much richer our lives would be!

Consider the amount of time spent seeking the latest media about his death and life, watching online videos, staring at endless TV reports, reading magazine and online stories, and stores are selling out of his dust-covered music collections.

My challenge is for fans to take their feelings and energy and direct those to prayers for the family and children. Pray for their healing, comfort, and saving knowledge of Jesus Christ. God can be glorified in any situation, no matter how small or large, no matter how carnal a situation may seem, if only His people would humble themselves and pray.

Why does it take someone's death and massive throngs of people reacting before we appreciate someone? Like the song says, "You're Gonna Miss Me When I'm Gone."