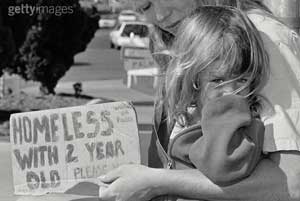 I saw her walking away from me while I braked my car to a stop at the intersection of Whiskey Bottom and Highway 1. Her hair - blonde and in a poneytail. Her attire - casual with a nice, tan jacket and slacks. She carried a young girl on her left side who was was blonde, too. Nothing looked out of place about what I could assume was a mother and daughter.

My gaze drifted back to the mother and daughter as the light turned green. Before I applied the gas, I saw what others may have overlooked. The woman had no left shoe, only a sock. Her right foot also had a sock but had either the remains of a shoe of some other material used to cover that foot. The material fanned out like a shredded tire as she walked with the child.

They kept walking. I drove past the pair with heavy heart.

This is the crossroads so many of us face. In a moment, we can choose to act or ignore. Sometimes, we take action. We ask a question. Offer money. Lend a hand. Other times, too often, we pass on by. Out of apathy, fear, or indifference we choose not to act.

I've done this countless times with the "corner sign man" who comes in all shapes, colors, and sizes. I presume he doesn't really need help. If he has time to stand on the street corner with a sign, he could spend time looking for a job...any job. I judge by his weathered appearance and often decent clothing that he'll use my money for booze, drugs, or sex.

By claiming that I can't help everyone who appears homeless, in reality I help no one.

Driving down the road to an Easter musical rehearsal at church, I winced at the irony of missing a ministry opportunity. Missing a rehersal is nothing in comparison to show compassion. The more I ponder about turning around to at least see where the "family" was going or what they were doing, the further away I become. Until, I dismissed the need.

Missed opportunity? Missed blessing? Missed chance to make a difference? Maybe. Maybe not. The point is we'll never know unless we act. God can certainly bring someone else along to help in a sitatuion...just as easily as some situations happen tragically for a reason. God is no less present in the tragedy than He is in the rescue.

Instead, will we be present during someone's time of need? Will we be willing to be willing?

Keep an eye out of the shoeless mothers around you and make a difference.