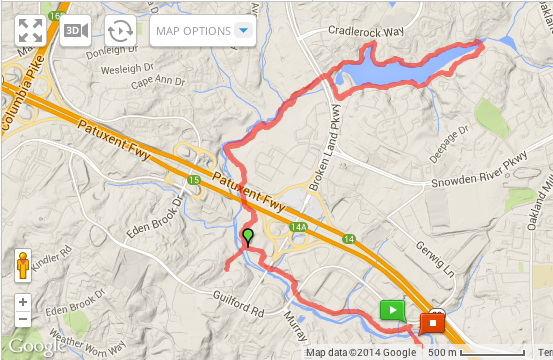 On Friday, December 19, I accomplished something that before this year would've seemed unlikely: walking a half-marathon. To be clear, I didn't participate in an actual marathon. But I did walk 13.1 miles.

Perspective on this begins in 2012 when Kim and a friend trained and walked in the Baltimore Maranthon. This was a huge and wonderful accomplishment! We were all very proud. For Christmas that year, Santa put in both Kim and my stockings entries into the 2013 Baltimore Maranthon. It was on like Donkey Kong.


Unfortunately, life happened in 2013. I don't recall the details, I just know that Kim and I didn't start our training. Thus, we had to defer our participation in the marathon until 2014. When it came time to train in 2014, I began but Kim was sidelined by a double ear infection. Before too long it was clear that she would not have enough time to prepare properly for the marathon. While I wanted us to do the walk together, I was determined to push forward. Walking the half-marathon was one of my 2014 Goals.

Then we learned that G had a swim meet on the same day as the marathon. There was no way that I could walk and see her swim. So, I was prepared for the marathon to be a wash as one can only defer once. However, due to the Orioles being in the playoffs, the marathon needed to start an hour earlier. This resulted in everyone being given the choice to remain in the race or defer to next year.

Schweet! We wouldn't be out the entry fees and had a chance to walk it in 2015!

Yet, I still had my personal goal. I was committed to fulfilling it. So, I continuing training without a target date. "Before the end of the year" was my target. True, it was vague but I knew that walking those 13.1 miles needed to happen.

On December 18, I walked the course I would repeat the next day. However, this was only a 6 mile brisk walk. The next day would be doubled plus some. This would be a mental exercise since I would be alone. No crowds cheering me on. No partner to motivate. I hadn't even told Kim that I selected this day. Why?

Perhaps it was out of some manly ego preservation. If I failed, no one would be disappointed or having expectations. If I succeeded, there'd be something to talk about. But failure wasn't an option for me. Short of a joint or something giving out completely on me, I wasn't going to wave a white flag.

So, on the morning of the 19th, it began. The first and second legs were quite easy. These were the 6 miles I had walked the day before. But the third leg proved challenging as I was walking away from the car...home base. Soon, I was committed.

When I passed 9 miles, I was now in unchartered territory. I'd never walked further than 9 miles. Several muscle groups were beginning to grumble. My left toes were blistering. The Band-Aid product I applied to my feet had helped control the blistering but only to this point. Perhaps I should've used more? Worn different socks? None of this mattered now.

A blister was forming in the middle of my left foot in my arch while a smaller one was forming on the ball of my right foot. A leg and a half remained. How could I finish?

The Lord and I talked a lot on this walk. Subjects varied but often the pain was mentioned. I prayed to make it through this with no lasting issues. "You can do this! You're doing this!" I continued to encourage myself through the pain.

In the last few minutes, I was holding my MapMyRide app waiting for the 13.10 to read. I had a good guess where I needed to walk to make that distance.

Then, there it was: 13.10. I stopped the app. There was no cheering, no additional water bottles, no food or other fun that'd be at most marathons...just my heavy breathing in the cold air. But I had done it. I had walked 13.1 miles - a half-marathon. 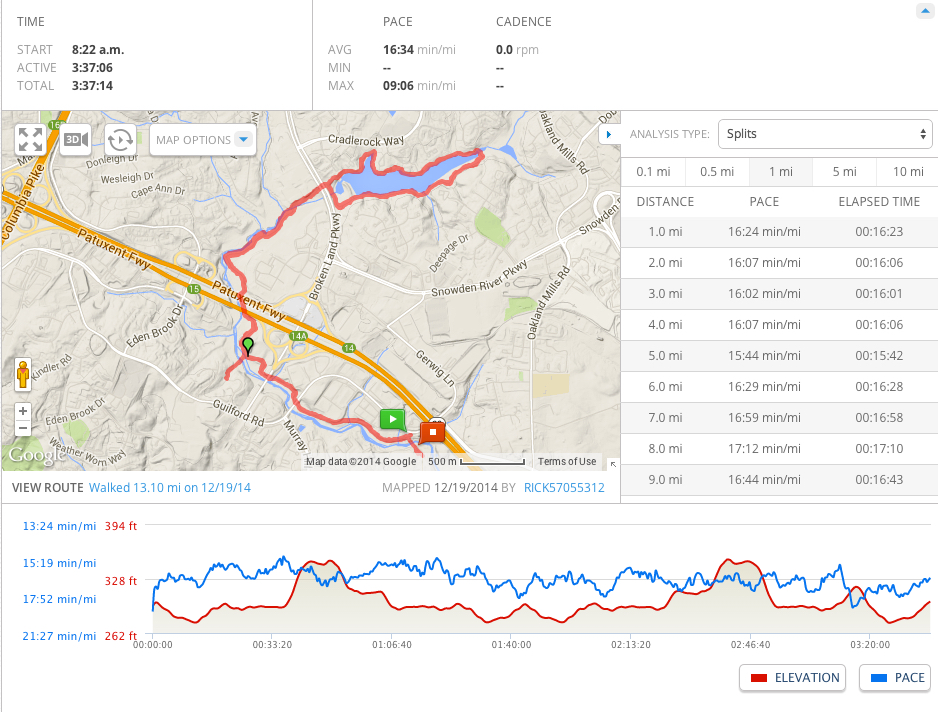