See You Around, Mike 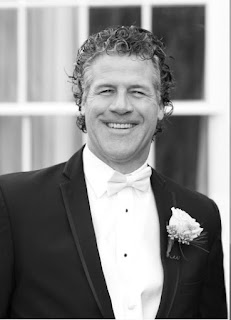 Three weeks ago, I attended the memorial service of a dear Brother in Christ. Sunday, June 10, would've been his 56th birthday.

I miss my friend. But what's sad is that I didn't miss Mike until he was gone.

At least in the middle of the odd month, but definitely by the last week of it, Mike would always reach out to me with a request. It was usually to load a certain worship music video or some game show music. Sometimes, he needed some specific slides created or sound effects. Mike put a lot of thought into preparing the lessons.

For certain lessons, Mike asked the kids to write something that was bothering them or something that was a sin. Then he had them take hammer and nail to that card and attach it to an old rugged cross. Mike often brought in props to physically connect the Bible stories to the kids. For example, when he dressed as an innkeeper and walked in a wheelbarrow full of fresh cow manure. He was adding the smell of a barn to the lesson just to help set the stage. But not for show or for people to notice him. Mike’s passion was for kids to connect with Jesus. And he was willing to do whatever it took for that to happen.

I likely met Michael Carnock 7 years ago when my family came to Grace Community Church in Fulton. I began serving as an AV Tech in the children's ministry so our paths would've easily crossed. However, I don't have any memories of Mike until I became part-time staff and began working every weekend. Mike would serve even months and teach 4th and 5th-grade large groups on Sundays.

He always hid in some nook or cranny to pray and prepare. Mike was intentional about the Word and the teaching of it.

During my layoff, we met for breakfast one morning. It was the only time we ever met outside of the church. He was as transparent and supportive as always and shared about a time he was in a proverbial desert. Like me, he was ready to move on, ready to get to what was next. Everything changed when he switched from “Lord, when are you going to get me out of here?!” to “Lord, what do you want me to learn while I am here?” Until then, I knew the Lord was with me and He was going to provide something else. But I was more ready for the next thing than trying to hear what He wanted to tell me. The Holy Spirit basically told me that I needed to abide.

When I thanked Mike for this, he credited God and was his humble self. I recall a couple Sunday mornings where he pulled me aside and prayed over me. A swimmer, he enjoyed hearing what Georgia was up to with her swim practices and meets. And few Sundays couldn’t escape without an air guitar riff or two.

I was thrilled to tell him when the Lord had provided a new job and looked forward to when we could have breakfast or catch up. That opportunity never came.

The Lord called Mike home and I'm thrilled about that. But his passing reminds me of the fragility and finiteness of our lives.

And this one's for you, Mike: