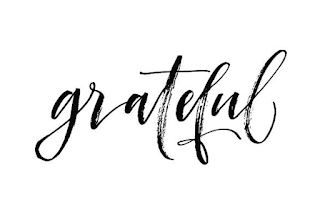 Two years have passed since I last scribed in this blog. Much life has transpired during that time. Too much to really unpack here. Then, I was a few months into a new public sector role with the City of Baltimore and starting to pursue the dream of rebooting the paranormal broadcast TV news series I co-created with Darren Dedo called "Unexplained" as a YouTube docu-series "Unexplained Cases."
Today, I am unemployed and "Unexplained Cases" has grown but has yet to generate revenue.

In July, I was dismissed from both my part-time weekend job at Grace Community Church and my City of Baltimore job. I've never had the pleasure of being released from two jobs in a month. Technically, I was released in June from Grace and my separation date was July 3. My last day of work at Baltimore was July 23 and my separation date was September 23.

Unless one has been through an extended period of unemployment, one cannot understand the emotions that are stirred. For a man, work and bringing in income is part of our DNA. While a job shouldn't define a man, helping provide for and support the family is important.
When I was separated from Grace, that was like being kicked out of a family. While the pandemic changed the way ministry was done at Grace and many churches across the country, that did not take away the personal loss.
Although my City job was less like a family, I had friendships and the dismissal was no less painful. It was a surprise. I started the morning as others - working from home - and ended the day hours early...still at home but without a vocational responsibility.
In both cases - regardless of reasons or decisions - the feelings of doubting my value and worth, wondering why others were not impacted, and the sudden need to rebuild weighed heavy. As days became weeks and weeks became months, the submitted applications stacked up and began to equal the rejections and silences.
But I am grateful for people who wanted to see my resume, who wanted to pass my resume onto others, who have sent me job opportunities, who have prayed and continue to pray for me, who have helped us financially, and who reach out to have coffee or some grub.
Often, it's easier for one who has been through an extended unemployment to relate to another. Some may think there's something wrong with my resume, my interviewing style, or that I am applying to the wrong careers. Fact is, there's always a reason for these times just as there's a reason for their length.
My last season lasted 9 months and during it I learned about abiding in the Lord. I was not savoring that time. Is He having me repeat this time to savor it? So that I can learn more about abiding? I do not know. I just know that the Lord knows my heart's desires and pains. And while I do not expect Jesus to just drop a job in my lap, it's not something that I can find under my own power.
I also know that some folks are unclear what role I am seeking. With a background of broadcast radio and television production as well as media program and project management - my focus is on a role in a media or content organization. Communication, media, or even public affairs are categories. Job titles could be: Social Media & Digital Specialist, Web and Multimedia Services Manager, Social Media & Website Manager, Digital Content Manager, Communications Manager, Branded Content Program Manager, Social Media Manager, Communications Manager, or Web Content Manager.
As always, I'm grateful for your prayers and support. I hope you have a wonderful Thanksgiving.