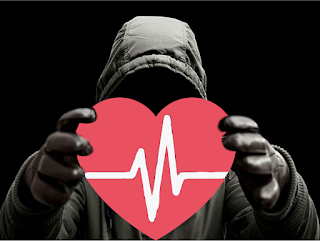 On August 3, 2022, my workplace hosted a blood drive. Finally! A chance to give blood after not doing so since the start of the pandemic! Not that I was fearful but there weren't many opportunities to give and then I just wasn't that motivated to get out and get it done!

As I have the freedom to mostly work from home, a meeting was scheduled on the day of the blood drive which made for a nice reason to be on campus.

However, the meeting needed to be rescheduled. This led to thoughts of, "Do I go in just to give blood? I could always find another time." I self-debated for a short while but ultimately chose to go in that day.
After checking in and answering a bunch of questions, the tech took my blood pressure and paused. “Do you have high blood pressure?” The last time I had it checked was probably going in for a Covid test or something but a few years ago I was considered prehypertensive by my primary physician. “You’re 170 over…” I didn’t hear the second figure being so surprised at the first figure.
He tested again. “200 over…” Still can’t recall the second number. “Do you feel ok? Are you dizzy? Have a headache?” I felt completely fine but by his expression he was wondering if I was about to pass out or have a stroke before his eyes.
“I feel totally fine and wouldn’t know if you hadn’t shared!”
He couldn’t take my blood due to those numbers and suggested what I was already thinking, "You might wanna get that checked out."
I stopped at Wegman’s on the way home to use their blood pressure cuff station. 234/121. Keep in mind, the average blood pressure should be 120/80. But also take note that these machines are not a reliable source of information. One has to have an arm that's not too large and not too small to obtain an accurate reading. But still...that's alarming.

The next morning, I went to Patients First in Columbia. The nurse checking me in was surprised that the automatic unit they use didn't register my blood pressure. But she knew I was coming in for high blood pressure and tried again. 210/112. She and multiple other personnel began asking questions that I would hear repeatedly throughout the visit: "How do you feel? What's your name? What's your date of birth?" Basically, trying to determine if I was having or had had a stroke.
My pressure was checked a third time a few minutes later. The doctor requested an EKG, chest x-rays and blood work. All were clear. The doc was perplexed. Why was a healthy - albeit overweight - middle-aged man having stroke level blood pressure with no obvious cause? He prescribed lisinopril at 10mg/day and requested I come in tomorrow morning. I left the office with a blood pressure of 170/102.
The next morning, August 4, 2022, I returned to Patients First in Columbia. My BP was 174/102. A different doctor on duty seemed surprised that my numbers hadn't changed in a day and asked many of same questions the different doctor asked the previous day. "You don't feel dizzy? No headaches? You don't smoke? And you don't drink?" Her advice was for me to purchase a blood pressure cuff - not one for the wrist - and monitor my pressure daily. If I wasn't seeing much change over the next few days, increase my dose of lisinopril to 20mg per day.
I was now aware the silent killer had been stalking me. Perhaps for years. And it's possible that many who seem fine and healthy but have a stroke or heart attack may have had high blood pressure but didn't even know it. Or didn't think it was serious.
Several days later, my family flew to Kentucky to purchase my in-law's Honda CRV for my daughter. While there, I made some immediate changes to my daily routine including walking 30 minutes a day and changing my diet even further. Although I had already tried to remove processed foods from the diet, in Kentucky I leaned more into consuming more nuts, veggies, fruit, and fish.
I also opted to go low sodium. Getting raw or unsalted nuts are fairly easy to find. There aren't as many low sodium foods available, however, with research one can find options everywhere. For example, you might think the salads at Chick-fil-a are good for you. However, any salad with processed meats, cheeses, or other items can easily have a 1000 mgs of sodium. Your daily intake should be no more than 2300mg or a teaspoon of salt a day. Meanwhile, the Greek yogurt parfait at CFA is perfect at only 80mg of sodium.  The grilled chicken filet is better than the grilled chicken nuggets and the kale crunch salad and fries with salt removed are good choices.

What I came to realize is that even if I was trying to cut down on processed foods, the choices I was making still had a great deal of sodium which can impact one's body in a variety of ways.
Throughout the week in Kentucky, my BP decreased along with my weight. Upon returning to Maryland, my BP was down to around 120/80 and I had lost 10 pounds.
I also concluded that I needed a sleep study. Since the pandemic, my snoring had increased and Kim even claimed that she thought I stopped breathing occasionally. I had also gained back all the weight I loss with Omnitrition. My guess was that I had Sleep Apnea if not Obstructive Sleep Apnea.
Visiting a new primary care physician, he ordered an EKG and full blood work during my physical. Again, beyond my weight, no clear issues. He supported a sleep study and provided a recommendation.
Weeks later, the sleep study was my worst night of sleep. I felt like I was awake most of the night when normally I have no trouble going to sleep. While I find it interesting that recommendations are made on one's worst night of sleep, my results showed that I did have Obstructive Sleep Apnea. My blood-oxygen levels were terrible and I had several moments of partially and completely not breathing. The record was 49 seconds.
OSA can lead to cardiovascular disease, stroke, metabolic disease, excessive daytime sleepiness, workplace errors, traffic accidents and death.
My deduction is that this caused my high blood pressure and it's possible that I've been dealing with OSA and HBP for 2 years but maybe more.
I returned weeks later for another sleep study but this time to test the pressure I needed for a CPAP device. This night wasn't as bad as the first study but I didn't sleep soundly by any means. It was clear the CPAP helped and showed my snoring was eliminated. But I'm not surprised that I didn't snore. The device covered my nose but not my mouth. Anytime, I opened my mouth it was the strangest sensation. I suppose the easiest way to describe would be if I opened my mouth but was still breathing through my nose, nothing seemed odd. But the moment I tried to breathe out my mouth, basically the pressure being sent down my nostrils came out my mouth and it was just odd. Anyone who uses a CPAP likely knows of what I'm describing.
Now, I'm waiting for approval paperwork from my primary physician so that a CPAP can be ordered. It's possible that with weight loss, I won't even need one. But for now, if by using this, I can improve quality life and no longer need lisinopril, that's a win.