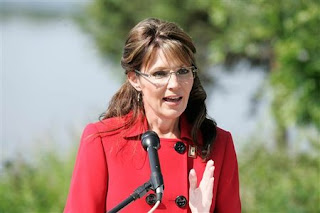 Since she came out of the proverbial woodwork of Alaska and onto the national scene of a Presidential campaign, the media has lashed out at her like hungry wolves waiting for any chance to pounce. Remember her wardrobe, for example? The media highlighted the Republican National Committee’s purchase of $150,000 in clothes for Palin, even though the dresses would be donated to charities. The story was page-one for The New York Times. Yet, Barack Obama’s trips to Hawaii on a chartered Boeing 757 cost $800,000 and received appreciative "nods" from the media. Then Presidential Candidate Obama used a Boeing 757 for two trips to Hawaii over the summer for a vacation and to visit his failing grandmother.

Palin being a modest person without a wardrobe to withstand 24/7 campaigning had clothes given to her and that would later benefit charities after the campaign. While Obama burned campaign funds and fuel, Palin saved money for Alaskans by selling the state's jet and flying commercial.

Simply more proof that the media was and is spooning Obama.

One guaranteed way to draw attention from the media is to be yourself. Palin has always been a confident, secure, no nonsense personality. Her quirky sense of humor isn't unlike George W. Bush. Neither cared about being too polished in their speaking engagements. They just tried to be themselves. Normal folk. However, if one acts as themselves around the media, they're portrayed as ignorant, simple-minded and uneducated. Really?

With Palin's resignation as Governor of Alaska, the feeding frenzy is on of news organizations clamoring to be the first to announce all the details. After all, if one quits their job they either couldn't handle the pressure or were up to no good, right?

"I am now looking ahead and how we can advance this country together with our values of less government intervention, greater energy independence, stronger national security, and much-needed fiscal restraint," Palin said in a posting on her Facebook page. Palin's spokeswoman, Meghan Stapleton, confirmed Palin wrote the entry.

Is it completely inconceivable that Sarah Palin realized that she could do more for her causes outside of the governor's office? Is it impossible that a politician actually thought of those she served and her office above herself? Is it possible that she preferred to relinquish her title instead of execute duties luke-warm and distracted? Ummmm, yes!

"How sad that Washington and the media will never understand; it's about country," Palin said. "And though it's honorable for countless others to leave their positions for a higher calling and without finishing a term, of course we know by now, for some reason a different standard applies for the decisions I make."

I applaud her attorney Thomas Van Flein warning legal action may be taken against bloggers and publications that reprint fraudulent claims. "To the extent several websites, most notably liberal Alaska blogger Shannyn Moore, are now claiming as 'fact' that Governor Palin resigned because she is 'under federal investigation' for embezzlement or other criminal wrongdoing, we will be exploring legal options this week to address such defamation," Van Flein said in a statement. "This is to provide notice to Ms. Moore, and those who re-publish the defamation, such as Huffington Post, MSNBC, the New York Times and The Washington Post, that the Palins will not allow them to propagate defamatory material without answering to this in a court of law."

Yet, the negativity from the liberal news media continued as expected:
The FBI confirmed Saturday to the Los Angeles Times that they were not investigating Palin's activities as governor, a former mayor or in any other capacity. "There is absolutely no truth to those rumors that we're investigating her or getting ready to indict her," Special Agent Eric Gonzalez, the bureau's Alaska spokesman, said.

So, there's still the question: why resign?

Her lawyer told The Associated Press on Monday that she's simply tired of the hostile political climate, legal bills and other distractions. "She is leaving now because I think she believes that she has become the issue, rightly or wrongly, with all these ethics complaints and with the issues involving the Legislature, the combativeness they've been demonstrating toward her since she returned from the campaign," Thomas Van Flein said.

If it was obvious that you couldn't perform your duties due to circumstances beyond your control, the responsible thing is empower and help someone else do it.

If you could accomplish more of goals outside of a position, why not go for it?

And there's the kicker, for a politician to think of those they serve above themselves...well, that's a rarity.

Speculations will continue on why she resigned and if she'll be a contender for 2012. The liberal media won't accept her answers because they want to remove any credibility or positivity of this woman. Many journalists have become what they claimed they'd never do. They've sold out and become lap dogs for agendas. Journalism is reporting unbiased facts so people can make up their own minds, not spoon feeding what is thought to be what they need.

Stepping down from something is much harder than staying. Pride, selfishness, and ambition can keep us stapled to something when it's time to move on. Respect her decision and respect her for not only having the courage to move on but also for just being herself. Having a warm cup of reality and be glad she's not another empty suit from Washington.

Visit Obama Prayers and start making a difference today. Also, be sure to check out Media Malpractice: How Obama Got Elected and Palin Was Targeted