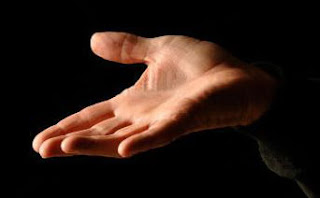 In doing some thinking recently, it's become very clear to me how spoiled we as a society have become. We are so spoiled and comfortable that we no longer show proper respect towards things and people that deserve respect and we feel our respect must be earned. But worse we feel we're entitled to anything at anytime. That we deserve the very best and we deserve it right now. Here's just a few examples:


Elders
Respecting the elderly doesn't entitle us to treating them like children. Senior adults have not only seen many milestones of history but also have much wisdom to share. However, we treat them with the care of an old electronic or something that has served its purpose and needs upgrading or replacing. We feel entitled to ignore, pity, and even mock their age and frailness. Take the time to document their knowledge. Record their stories and learn from their teachings.

Military service personnel
Respect for our military hasn't always been strong but it has been ever-present the last 10 years. Yet, we feel entitled to forget their sacrifices because we're not living their life. They chose a job and we did not. They volunteered for the lifestyle. Also, we feel entitled to force more changes upon them. Women are serving in more roles than ever including nearly on the frontlines. This is wonderful inclusion but being cautious is not being sexist. Just as some men aren't qualified for certain tasks due to mental or physical stamina, some women would equally not be suited for a task.

How despicable a notion to force sexual preferences onto the military. One's sexual choice shouldn't be on the frontlines. The entitlement of thinking sexual preference plays a part is arrogant and selfish.

Unborn
Life in all forms should be respected. Just because you may feel women are entitled to the freedom of choice doesn't entitle you to kill your unborn child.

We respect your right to have sex but that choice may lead to pregnancy and your lack of maturity or other life-circumstances doesn't entitle you to kill that life.

Doctors who perform abortions may not deserve respect in your opinion but they are entitled to perform their vocation and live their lives. Pray that God changes their hearts. You are not entitled to take their life because you think God ordained such action.

Sex
Respecting your spouse's love for you doesn't entitle you to take advantage of that love and have an affair. Seek help individually and as a couple.

While I may respect your position (of power, authority, or celebrity), you are not entitled to live as you please. True, it's your life. But eyes are upon you. You are a role model to someone and they may feel the way you conduct your sex life is acceptable. Your children, family, friends, or fans deserve better. Act like a role model or get out of the public light.

Respecting your choice of partner doesn't entitle you to force my acceptance of your lifestyle. I can love you and disagree with your choices.

Respecting your desire to marry your partner doesn't entitle you to redefine marriage which is between one woman and one man. Period.

Respecting your right to peacefully protest doesn't entitle you to take your views and disrupt church services or attack others who disagree with you.


Church
While most ministers make an effort to respect your schedule and end services on time, you're not entitled to complain to their face or behind their back about getting out of your seat a few minutes late.

Respecting your wish to serve in an area of the church more aligned with your talents doesn't entitle you to sit back and wait for that opportunity to come along. Jump in. Help. Serve. For example, all parents should rotate in service of the Children's Ministry. Once a month or even once every two months on a regular basis is better than always leaving your children in the care of others and saying "someone else can do it, I'm a parent all week." Yup, and so are many of the workers. Be willing to be willing.

While you may feel your taste in carpet should be respected, you are not entitled to complain about the church's choice of carpet nor should that aesthetic be a reason you don't worship or help divide a congregation. Yes, some churches have split over such pettiness.

Your leadership skills may need respect but those skills don't entitle you to lead campaigns or agendas against who God has placed in leadership at a church.

The World
Respect taking turns. You can wait patiently at a shelf in a store's aisle without feeling entitled to meekly or quickly maneuver around they who were there before you to get what you need just so you can "get out of their way."

Respecting your busyness or distractedness doesn't entitle you to knock something off a store shelf and leave it because you know someone else will pick it up.

Respect the driver in front of you. You're not entitled to honk at another driver when the traffic light changed 1 second ago and they haven't moved.

Respecting your opinion doesn't entitle you to consider me or anyone else stupid, slow, ignorant, retarded, racist, redneck, or a bigot because I don't share your view of the world.

Respecting your skin color doesn't entitle you to use that color as an excuse for why you deserve anything and everything today...and often for free. Learn from the past, don't live in it.

Respecting your desire for the best health care doesn't entitle you to it because you deserve it, because it's your right, or because you're American. Health care isn't a right granted by God or the Constitution.

While I respect your feelings that things in America are broken and need to resemble something more like Europe, you are not entitled to bash this country that many men and women gave their lives to build.

Respecting your right to be a comedian doesn't entitle you to spew intolerance and hate at those who disagree with you, Bill Maher and Janeane Garofalo.

Respecting your choice to be an actor and endure the trials of Hollywood doesn't entitle you to dictate how everyone should think or feel about someone or something.

Respecting your choice to live in New York City doesn't entitle you to look down upon the rest of the county and think you're better than everyone else.

You may be a respectable person to your family or community but that doesn't entitle you to treat others as beneath you, regardless of their skin color, sex, or vocation.

Respecting those who sweep up your trash means knowing you're not entitled to make trash or ignore trash made by others. Pick it up. Throw it away.

So, can you think of anything you could add to this list either under an existing category or under a new one? Add it to the comments below.