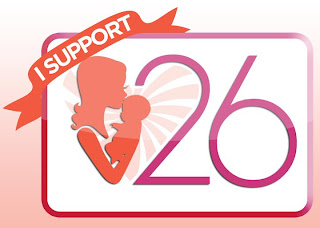 Recently, a dear friend in Mississippi asked for my honest opinion of MS Initiative 26. In order to answer her question, I researched the initiative to form my own educated opinion. Support for it seemed easy as the amendment wants to identify life beginning at conception. Yet, there appears to be opposition from various and sometimes unexpected sources.


"Be it Enacted by the People of the State of Mississippi:

SECTION 1. Article III of the constitution of the state of Mississippi is hereby amended BY THE ADDITION OF A NEW SECTION TO READ:

Section 33. Person defined. As used in this Article III of the state constitution, "The term 'person' or 'persons' shall include every human being from the moment of fertilization, cloning or the functional equivalent thereof."

Faith leaders claim the measure is too vague. "This is not simply an issue of pro-life or pro-choice. This is an issue of badly written legislation," said C. J. Rhodes, Pastor of Mount Helm Baptist Church in Jackson.

The concern appears to center around future laws based of this amendment. How might they affect in-vitro fertilization or ectopic pregnancies?

"From the moment of fertilization, a human embryo or fetus has the rights of a person, then we can't freeze embryos, store embryos. We cannot do stem cell research," said Rabbi Debra Kassoff.

Nancy Keenan, President of NARAL Pro-Choice America, says that women's rights are in the spotlight in Mississippi. By defining "personhood" from the beginning of fertilization, these measures are designed to outlaw abortion care. Initiative 26 is so extreme that were it to pass and go into effect, it would ban abortion care without exception: even in cases of rape or incest, and even when a woman's life or health is in danger.
Gynecologic Oncologist Dr. Paul Seago said that the measure could eliminate common birth-control options, including the pill and IUDs. Dr. Randall Hines, a reproductive medicine and infertility clinic physician, said in-vitro options for infertile couples would be illegal.

Mississippians for Healthy Families - an organization now identified as having ties to Planned Parenthood says:
Glenn Cohen, a Harvard Law School professor, said in a recent panel discussion that if the amendment passes, judges will have to interpret it.
"Whether you are for or against abortion, whatever your position is, this is a bad amendment - not because of what it represents but because it is ambiguous," Cohen said.

The Association of Pro-Life Physicians says Initiative 26 would not protect eggs, it would protect a human embryo, which is an egg after it's fertilized.
The measure also wouldn't outlaw hormonal contraceptives that prevent ovulation.

Let's break it down further by addressing some of the concerns and misconceptions mentioned above by physicians, writers, and others.

Let's face it, abortion wouldn't be an issue if society viewed life as more important than rights and entitlement. None of these arguments and debates would be going on about Initiative 26 if one's entitlement to have sex and the choices of what to do with a child conceived from that act were not more important than the rights of that child.

Many have complained that this amendment is to vague or ambiguous. To me, it seems rather clear. It's an effort to place a speed bump in thought and actions to what otherwise could easily lead to an abortion. It's an effort to say when life begins.

The issue that none of us really want to face or admit is that the problem is with our hearts. We're a broken society. Children are born into broken marriages and broken homes where they don't see real love played out before them. Too often, children don't have the input from both parents. They grow up lacking the love from a mother or a father and they cannot identify what it is they're lacking. They feel entitled to find that love by having sex outside of marriage. Sometimes, a child is conceived. Then what? Is the child aborted so that the teens can continue to have sex and perhaps with other partners?

Changing people's hearts and home environments could be considered a far larger task. Perhaps even an impossible task. With Iniative 26, the question of when life begins is answered. Yet, many don't like this answer. Maybe if we took a step back and actually agreed that when an egg is fertilized that it has the potential of becoming a person - that it is a future life - then maybe our actions and entitlement would change.

For now, you're entitled to your own opinion. You also control how you respond to the viewpoints of others. If someone is voting different than you, that's their choice and their opinion. Name-calling and bullying them to change their vote is immature and childish. Someone voting no is not a murderer. Someone voting yes is not a radical right-winger. But whatever the outcome of this vote, you should move ahead with maturity and love.

One final thought...
Depending on your point of view, there are really only two sources that can assist you with finding an answer of when life begins: science and the Bible.

I encourage you to read this this article from Carl Smith. Whether you believe in logic, the Bible or both...after reading his article you will know what vote to cast for Initiative 26.