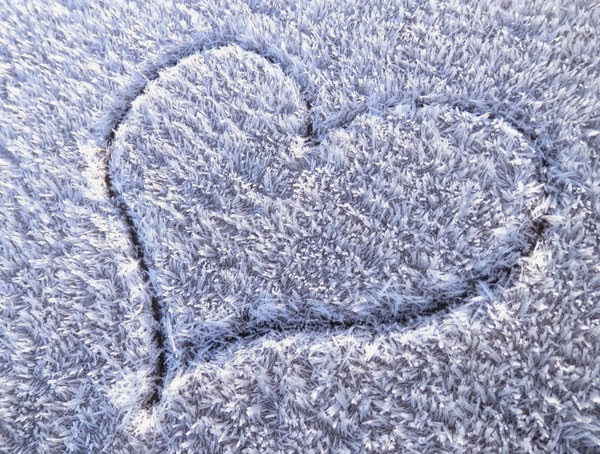 Valentine's Day 2015 was a bit different than most. It was the first Valentine's Day that I recall being apart from my Valentine, Kim. Georgia has had a stomach bug for a few days, so she wasn't feeling up to a daddy-daughter date. And to cap it off, Georgia and I got stranded on an icy road.

Ok, so that's all sounding a bit dramatic. Let's break this down. Kim and her sister wanted to surprise their mom with a visit and this weekend worked out best. It's been a great visit.

Not entirely sure what's up with G's tummy but it hasn't been right for a few days. Nothing severe but I'm optimistic things will level out. Else, we may be overdue for a doctor's visit.

Otherwise, I was reminded why I'm becoming a snow curmudgeon.

After her Upward basketball game on Saturdays, G typically stays with Kim to watch a friend's game while I go to Grace for AV Tech duties. With Kim away, G accompanied me to Grace and helped operate the media slides. She's a great apprentice! While at Grace, a predicted snow shower came with heavy, wet flakes. Lots and lots of them. It was snowing so hard the parking lot was barely visible. When it was time to leave, I pondered staying to see if the snow would let up. If we'd driven Kim's Highlander, I'd have little concern, but my 2-wheel drive Toyota Solara isn't a snow-friendly vehicle. Plus, it's low on tread. Our getting home was depending on treated and plowed roads.

Snowfall continued to be rather heavy. Two inches of snow had to be on the road. I gently requested Georgia to not talk to me as I needed total focus. Stability depended upon speed and use of Low and Second gear. If G was nervous it didn't show until the car did a 180 on Route 1.

Thank God no one was near me. There were plenty of cars behind me and coming the opposite direction, however, they all began to slow when I lost control. It's a helpless feeling and one of just waiting for traction to return. Once the car stopped sliding, we could slowly continue down the road. My confidence in our getting home soon was slipping as much as my tires.

Of course, there was a "Maryland driver" to make an appearance. Minutes after that spin-out and the division in the two lanes was impossible to find, a driver blows their horn several times and passes me. Seriously? It's a snow storm! None of us need to be driving in this mess and you're going to honk at me?! Georgia said the man was looking at us as he passed. "Let him look. It's a snow storm!" While my words were calm my thoughts were boiling.

Ascending one hill, the tires barely had enough traction to continue, so we pulled over in a left-turn lane for a few minutes. G was being brave but I knew that spin-out had shaken her up. Although I've been in a few, that was her first. So, my focus was to assure her we were fine. We had plenty of fuel and were close to other parking lots and businesses.

I pressed on until the last incline was too much for the Solara. No matter what I did, the car wasn't getting any traction. That was more of a helpless feeling, because I knew the only way we could continue was if a salt truck and/or a plow came along. I managed to get us into a right-turn lane, close enough to the travel lane to use once we had traction but distant enough to not be whacked by another vehicle.

Here we sat, lights and flashers on while the engine purred. Georgia yawned frequently for the what-seemed-way-longer-than 20-minutes. Salt trucks went to and fro but not along our travel lane. Three Howard County police cars drove passed us. Several motorists were having issues with the hill. Some sliding, many with wheels spinning. The positive was the amount of continuous vehicles and lack of snowfall was turning the road-snow into slush. Several times I considered just going for it. I wanted to get us home before someone lost control and slammed into us.

Finally, a plow passed us scraping mostly the left lane. With both lanes clear, I inched us out in Low gear and we continued homeward. We finally encountered some treated roadways, and then it was (mostly) clear sailing to our neighborhood.

A 20 minute drive took us an hour and half.