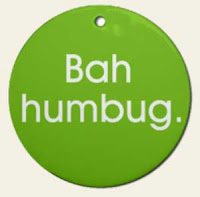 With Christmas slowly fading from your memory, did you find yourself this year taking a stand for Christmas? I'm not talking about stealing the stand beneath the Christmas tree. Perhaps you missed it but 2009 was the year of sticking it to retailers who refused to display or say "Merry Christmas!" Boycotting secular businesses because they aren't promoting Christmas: righteous or ridiculous?

I'll vote for both.

"We’re in this fight because we are disturbed by the increasing secularization of our culture in general and Christmas in particular," said AFA president Tim Wildmon in a statement. "We're gratified that Gap has responded to the thousands of phone calls, emails and petitions from Americans who share our concerns."

"Because of the importance of Christ’s influence on the world in general and America in particular, celebrating His birth should be in a class all by itself," said Buddy Smith, executive assistant to AFA president Tim Wildmon. "We are pleased that Gap is apparently beginning to agree." The conservative pro-family group warned, however, that the boycott could resume if the new ad is not “respectful” to Christmas and Christian shoppers.

"Every consumer should make a list and check it twice, stop patronizing retailers which are naughty and shop at those which are nice," commented Mathew D. Staver, founder and chairman of Liberty Counsel and dean of Liberty University School of Law.

AFA, Liberty Counsel, and Focus on the Family - you each do great work and have many great Kingdom-building campaigns. However, this one was absolutely silly! Having a "Merry Christmas" banner in a store doesn't make that store any more supportive of Christmas or Christ than someone going to church makes them a Christian!


Learning the real meaning of Christmas in a store? With Christ, nothing is impossible, however, I question the human allocation of attention and energy on this one. Instead of pressuring stores to say Merry Christmas, why not be an advocate for songs that some person or group tries to remove the word "Christmas," encourage schools and other public places not to ban Christmas decorations or celebrations, and promote Christian-owned businesses as alternative shopping destinations?

By not properly focusing our efforts, websites such as Stand For Christmas

generate comments such as this: "I'm a manager at a Gap store. As a Christian I feel condemned by reading some of your comments. We're allowed to say Merry Christmas. Please understand that Gap is a business not a church and we have Jews, Muslims, Atheists, and Christians who come into our store. I cannot assume everyone are Christians. The Sunday "church crowd" that comes in is so much more rude and mean than any other time of the week. Please use courtesy and know that you are a representation of Christ even when you shop. Please be nice, retail workers need Christ too!"

How revealing is this paragraph. By boycotting Gap (or other stores that are "offensive" by not saying Merry Christmas), some Christians working at those stores feel judged. And lest anyone states a Christian shouldn't work in such stores, I challenge not only do they have the right to work there but retail stores are places with people needing the love of Jesus Christ. Besides the seemingly mean-spirits of this campaign, the comment above reflects how some Christians act in public.

The "church crowd" is more rude and mean than any other time of the week.

That should be a slap in the face.

Please use courtesy and know that you are a representation of Christ even when you shop.

Most of us from this generation and the previous, grew up with Christmas being a wonderful, magical time of the year where family, food, and frolicking were always the focus. Anyone who didn't celebrate Christmas had their reasons but were often viewed as in mourning or just a sour-puss, a Scrooge of some sort, who needed to be shown the magic of Christmas.

But that's changed over the past decade or so.

Americans seem increasingly pressed to avoid anything relating to Christmas in public. Corporations and government officials bend over backwards to not offend those who do not celebrate the holiday. Yet, in the process, they're ignorant of their trampling of the First Amendment.
Thankfully, there are some good news blurbs such as Principal Michelle Zundel of Bellview Elementary School in Ashland, Oregon, reversing her decision banning Christmas trees and Santa Claus from her school. Principal Zundel had removed a "holiday giving tree" from the school over Thanksgiving break and replaced it with two snowmen. She said a few parents had complained about the tree, which displayed tags suggesting gifts to donate for needy children, but Principal Zundel's actions upset dozens of parents and people from around the country who called and expressed concern with the decision.

Also, an order to remove angels and stars from Christmas trees in all government buildings in one California county has been rescinded following the uproar that ensued over the decision. Acting County Administrator Chris Thomas in Sonoma County informed the heads of all 26 county departments to disregard his previous order, which was made in response to the complaint of a disabled atheist veteran, 65-year-old Irv Sutley, who claims to have been an atheist all his life and regularly files complaints about religious symbols in public places, complained to Sonoma County officials after seeing an angel on top of a six-foot Christmas tree in the lobby of the county recorder’s office and later a star ornament in the office of the county Board of Supervisors.

In all of these cases, the wishes of the few or the one out weighed the wishes of the many. Shouldn't tolerance and acceptance be shown by trying not to offend others? That's the Christian thing to do, correct? Perhaps, but many simply wish to avoid confrontation and thus Christmas has become a time of controversy over what can or cannot be done in terms of celebrating the holiday. In order to clear up much of the misunderstanding, here are 3 of the 12 rules relating to Christmas in the public arena:
How sad is it that we have to focus on such things? How sad there has to be a war on Christmas. It's hard not to view it as a war when songs, traditions, and celebrations that are decades old are threatened because someone of a differing or no faith shares their objection and rules are decreed that ban some aspect of Christmas.

The funny thing about Christmas is it's a holiday with two sides. I could have a Christmas tree with an angel on top in my den, a wreath on my door, candy canes and lights all over the place, attend Christmas Eve services, and have no clue about Jesus or the real meaning of Christmas. Or I could have all, some, or none of those things, recognize Santa or not, and celebrate my Christian faith daily.

Faithless people who call themselves Christians because they're "good people" celebrate Christmas every year through decorations, traditions, and giving gifts. Yet, many of opposing faiths feel anything relating to Christmas are offensive for religious reasons. I suppose they take issue with the risen Savior at Easter and think that the bunny and his candy should be banned too?

So, what's the solution? Simple, stop being so sensitive! Both sides!

For those of differing and no faiths, you are free to have that choice and free to not participate in activities you don't support. However, it's a bit selfish to enforce your beliefs on others who enjoy them. If something offends you, don't drive, walk, or shop there. Would you walk into a friend or coworker's home and start demanding they change decorations or the layout of their home? If so, don't count on being invited back. If not, then why make demands on a store or other public displays?

Stop wearing your feelings on your sleeve! Have a bit more patience and bite your tongue.

Someone might say, 'Oh, but how would you feel if everyone around you celebrated Christmas and said Merry Christmas but you didn't celebrate it. How would you feel?' I would put aside my selfishness. Instead of not saying anything to those celebrating Christmas or telling them, 'I don't celebrate Christmas,' I'd tell them "and peace to you" or some other warm greeting.

With all things, there is a choice. I can show love or be lazy. It's more difficult to be loving and share a peaceful response than to be lazy and share the feelings on my sleeve.

Also, when I say "Merry Christmas" to someone and they reply "Happy Holidays" - that's perfectly fine. Smile and walk on. If they say "I don't celebrate Christmas" - there's no need for you to apologize. Smile and tell them they don't know what they're missing.

Some Christians spend so much time wanting to announce Jesus is the reason for the season, CHRISTmas, and keep CHRIST in Christmas...that what's forgotten is showing Him to others. It's easy to look like a bully trying to announce your message over others. It's just as easy to keep your mouth shut. The challenge is to stand firm while showing love.

AFA, Liberty Counsel, and Focus on the Family - please consider changing your approach in 2010. Take a stand for Christmas but not at the expense of bullying businesses or making employees feel condemned.

After all, Jesus is the reason. Not just for the season. It's all about Him and our challenge is to show His relentless love to others.

January 01, 2018
With a new year, looking forward and backward is important. Looking ahead is important to set goals and milestones of what to accomplish in the coming year. Reflecting on the past year is important to consider areas of growth and areas needing improvement. Looking back on 2017, it's hard to ignore that I've been in the swamp of a layoff for half of it. December marked 6 months since the last day of work at AOL and 4 months since separation from the company. So, what are some lessons I've learned from this journey?
Post a Comment
READ THE FULL STORY »