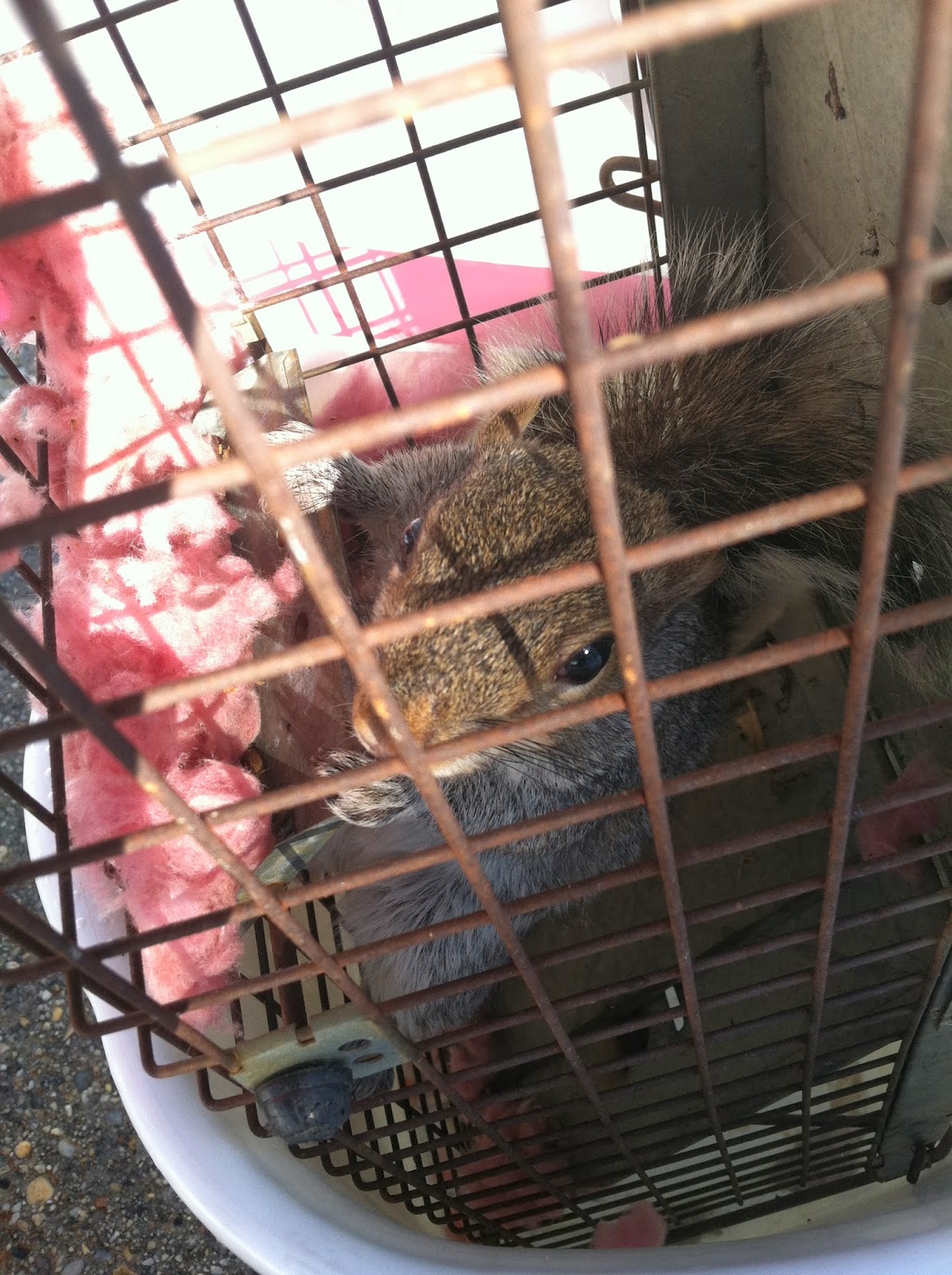 After three months, several tiny holes in two bedroom ceilings, multiple failed techniques, falling from a ladder and nearly breaking my hand, and wasting $625 with Home Paramount - a squirrel was caught in our attic in less than a day. Borrowing a Havahart trap from a friend, baiting it with peanut butter, and placing it in the attic on the afternoon of February 13 the next morning we had a squirrel. Yup, on Valentine's Day we caught the little varmint.

Here's where any rational person would ask: Why didn't you do that from the start? Well, like millions of men before me, at the time my approach seemed like a good idea. Plus, guys often don't ask for help and borrow things as a last resort. Or at least that's the way I operate.

Now, left to my own devices I would've water-boarded that squirrel into telling me the location of the secret Rebel base. Or at least revealing if there were any other squirrels in my attic. Since we had 17 inches of snow outside, my first thought was shoving the caged squirrel into a snowbank and letting him suffocate.

Kim was in full support of snuffing him out, but when she saw the furry mongrel she couldn't allow me to kill it. Thus, we drove out to Glenelg, MD - 15 miles away - and dumped the squirrel into a snowy field. He scampered away, leaping through the inches of snow trying to find cover.

I had a sinister thought that maybe a hawk would find that hopping furry punk and wisk him off to his demise. But the fact was he wasn't finding his way back to our house. And, yes, a squirrel can do that if you don't take it out far enough. 15 miles is more than adequate.

So, this story arch can come to a close as we make certain there are no more varmits, patch the ceilings, and seal the breeches.