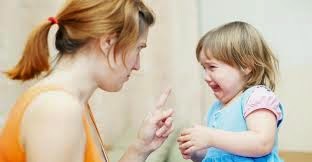 As I sat in the Chick-fil-A drive-through line, a child's voice caught my attention. The boy sounded as if he were pleading to his mother about something. Looking over my right shoulder, I could see a woman, a young boy, and a young girl walking to a newer model Honda van. The kids each had balloon animals given to them by a local artist inside the store.

The pleading seemed to relate to not wanting to leave the store but I wasn't entirely certain of that. Lowering my passenger window, the audio was clearer.

"Shut up! You're embarrassing me!" My heart sank. Telling a child to shut up is bad enough but clearly this woman was more concerned about the people around her and their opinion.  She mentioned another sentence about the need to leave and that the children were causing a scene.

Really, lady? The kids are causing the scene? You are making this worse! This was a meltdown in progress and it wasn't going to end well. Some stress, some news - something - had sent this evening spiraling out of control. My heart thought of the kids who had likely been enjoying the food and balloon artist moments ago.

The woman screamed, "Shut up!" At least one child began crying. Her goal was accomplished: slaughtering the child's will to speak and reduced to tears. Bravo, lady. Whap, whap, whap, whap! The sound was clearly a child's bottom, arm, or leg being hit with a hand. I prepared my phone to write down her license plate. I was going to report the driver for child abuse, endangerment, or something.

A moment later the van drove by and the angle made it impossible to read the license plate clearly. I was mad at myself for not getting out of my car, engaging the situation, or least taking a picture of the license plate from a better angle.

But would that have solved anything? Would it have really solved the issue? Calling the police may have been a solution to simmering this situation down but the problem was deeper than her anger lashing out through voice and hand.

Assuming she was their mother, I know as a parent I've had bad days. Comparing bad days doesn't accomplish anything because my bad, your bad, and her bad days are no different in God's eyes. For me, the key thing was to seek forgiveness from God and from Georgia when I acted foolishly. Children need to know you can make mistakes and they need to know how to seek forgiveness.

More importantly, the key thing for me and most parents in this situation...take a breath. Instead of launching into a situation with a raised or exasperated voice...take a breath. Walk away from the situation if needed. Then, come back with a cooler head. Those seconds can result in minutes of better understanding instead of minutes of further verbal or physical issues.

I prayed for that woman then and on the way home. I prayed that her anger become peace, that she forgives herself and apologizes to the children, that whatever is going on in her life is paled in comparison to a God that loves her. I prayed that whatever stress she is under would be lifted and placed at God's feet. I prayed that if she didn't know Jesus - that she would not be able to escape people being brought into her path to share His love.

Next time, please, take a breath...