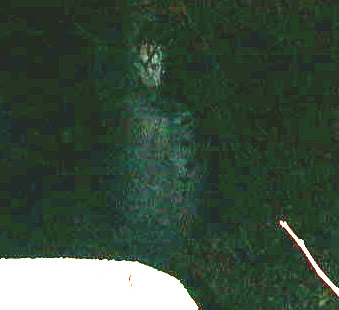 Since it's Halloween, I'm sharing with you a creepy piece of paranormal evidence. Around April 2001, I began researching for a local broadcast news investigative series to be titled "Unexplained" which would air on News Channel 12, the CBS affiliate in Jackson, Mississippi.

Reporter Darren Dedo, Photojournalist Rob Ruffin, Production Manager Ed Mazzone and I had produced the previous year a 4-part series called "Ghost Hunt" where we explored several local properties rumored to be haunted. The series was a blast to produce and we received an Associated Press award.

When we decided to do the series on a monthly basis, my first stop was the Civil War 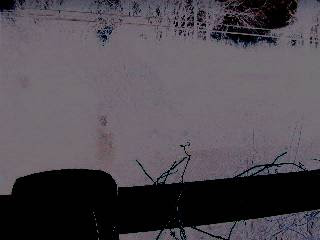 battlefield of Raymond, MS. It was a warm April evening and dusk had set in. I brought along a tape recorder and my digital camera. While recording, I began asking questions and snapping digital pics of my surroundings after each question: "Is anyone here?" "What's your name?" "How do you feel?"

After taking several more pics, I packed up and heading back to WJTV to review the recordings and images. Also, broadcast video cameras were recording various rooms in the Raymond Courthouse which had been used as a hospital during the war.

The audio tape yielded nothing more obvious than loud bugs and many of the pics had little to offer...until I came across one. In the video below, you'll see a reenactment of my technique and what I found.
Reviewing the video footage yielded no visual evidence of anything odd, however, banging sounds and what clearly sounded like a large wooden table being moved across the floor could easily be identified.

Soon, I hope to share all the evidence we collected on our numerous cases...