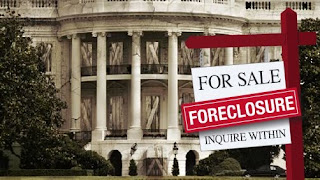 You've heard plenty of news and stock reports about our national debt, trillions of dollars and bailouts. But what does it really all mean?

The video below is a 30-minute summary of the feature-length film I.O.U.S.A. This film examines the rapidly growing national debt and its consequences for the United States and its citizens. This isn't political rhetoric or scare tactics. This film spells out the facts in cold, hard facts.

Throughout history, the American government has found it nearly impossible to spend only what has been raised through taxes. Like an ignorant college student with a credit card, America continues to create debt which it is incapable of paying off.

Pointedly topical and consummately nonpartisan, I.O.U.S.A. drives home the message that the only time for America's financial future is now.