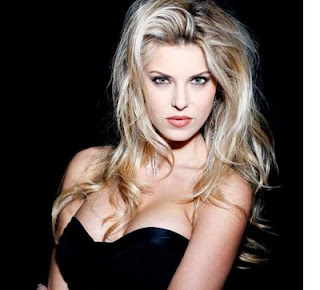 Like most men, a beauty pageant isn't planned TV-watching. It's a program that happens to be on and often becomes background fodder while other things happen about the house.

This past Sunday, my attention tuned in briefly to generate surprise at the political questions being hurled at contestants. No question has received more attention than the one asked by celebrity blogger Perez Hilton to Miss California USA Carrie Prejean: "Vermont recently became the fourth state to legalize same-sex marriage. Do you think every state should follow suit. Why or why not?"Prejean replied: "Well, I think it’s great that Americans are able to choose one or the other. We live in a land where you can choose same-sex marriage or opposite marriage. And you know what, in my country, in my family, I think that I believe that a marriage should be between a man and a woman. No offence to anybody out there, but that’s how I was raised and that’s how I think it should be - between a man and a woman. Thank you very much."

The disgust on Hilton's face was expected and comical.


For Carrie to have faced adversity on the world's stage isn't surprising. As a Christian, we're promised trials.

2 Corinthians 12:10: "Therefore I take pleasure in infirmities, in reproaches, in necessities, in persecutions, in distresses for Christ’s sake:
for when I am weak, then am I strong."

The real question is when we are tested, will we cave and subject to what the world expects and wants or will we stand by our beliefs, principles, and integrities. From her Official Website's Bio: "Carrie lives life to the fullest, and is reminded everyday by the verse Philippians 4:13 'I can do all things through Christ who strengthens me'."

Reflecting on the question on MSNBC's morning show, she says, "I was ready for my question, and when I heard it from (Perez), I knew at that moment after I'd answered the question, I knew that I was not going to win because of my answer," she said. "Because I had spoken from my heart, for my beliefs and for my God. ... It's not about being politically correct, for me, it's about being Biblically correct."

About Hilton, Prejean says, "I can only say to him that I will be praying for him. I feel sorry for him, I really do. I think he's angry, I think he's hurt."

Former Miss USA Shanna Moakler and now director of the Miss California USA pageant was so angry with Prejean’s answer, she and her business partner refused to greet Prejean after the show. Although every other state pageant director greeted their beauty queen after the live telecast, Moakler did not go backstage nor call Prejean to congratulate her on being first runner-up for Miss USA. Moakler instead sent out this tweet: "I don’t know how you can call a gay man or woman your friend and not want them 2 have the same joys as yourself. In my family we believe in equal rights for all, I am sad and hurt, I agree with Perez 100 [percent]. It's one thing to have an opinion I am very opinionated n have dealt with backlash from it, it's another to alienate people who cared about u."

Geoff Kors, Executive Director of Equality California, says, "It is unfortunate that Miss California, who we note did not win, is so out of touch with the overwhelming majority of people her age that she wants to deny loving, committed couples the rights and dignity that come only with marriage."

She's been called a homophobe, b****, bigot, and likely many other names. Just for having an opinion. The immaturity of some people is underwhelming. Yet, again, these are more evidence of how some have no concept that you can love some one and disagree with their decisions.

For more on my views of gay marriage, read this post.

Carrie, you are rockstar and you have found your hope, love and joy in Jesus Christ. For this, you know the road of life will be filled with those who reject you because they reject Him. I pray for your protection, wisdom, and discernment. Thank you for your witness!

'God was testing my faith,' says Miss California after Perez Hilton calls her a 'dumb bitch' in gay marriage row